Rick began his radio career in 1988 at a small station in SW MO. About a year later he migrated to Springfield, MO and joined the staff of a Classic Rock powerhouse. After working at a few other stations in that market, Rick left for Jefferson City to work for a sports network. Fast forward six years and Rick is back in Springfield working at the job he previously vacated. Then, in 2021 Rick joined the ranks of Benne Media and landed in the lovely Sedalia, MO area to do the morning show on Power 97.7 and he loves it. Please don't run him out of town… yet. 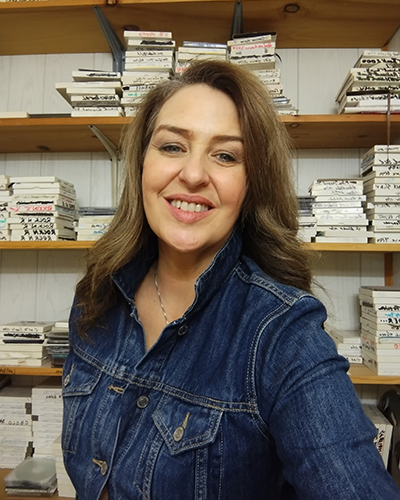 Hi, I'm Sandra Evans, your Queen of the Midday

I have the pleasure of taking you through your work day with the best rock music ever. Thank you for that opportunity.

Sandra Evans grew up a genuine Midwest farmers granddaughter and loves nothing better than listening to rock and roll music all day. Still, a good streaming movie binge and popcorn feast will do in a pinch. Sandra is an avid reader of rock icon biographies – as long as it is an audio book. To all those fool hardy would-be challengers – BEWARE. Almost no one can beat Sandra in a round of pop culture history trivia or a 1980s style dance-off. Ms. Evans considers herself among the blessed to enjoy your company every weekday while playing classic hits and dancing as if trying out to be an old-school video vixen. Some people are so lucky! 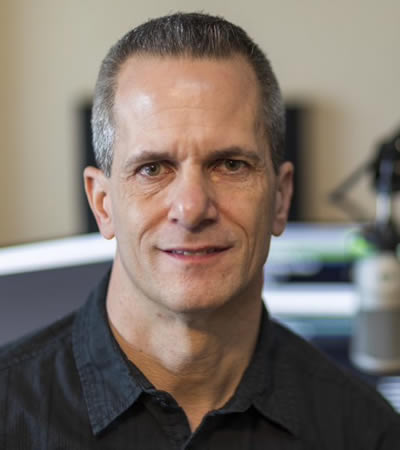 Marc Elliot’s radio career began when he was 12 years old and operating a pirate radio (unlicensed) station in his parents attic. Marc’s station got the attention of the morning DJ from one of the local radio stations in his hometown. Agreeing to turn off his pirate station in exchange for the ability to job shadow the morning DJ, Marc’s career would soon take off. After getting “keys” to the station, Marc began showing up before the morning DJ and one day – ended up on the air when the morning DJ didn’t show up for work.

At the age of 17, Marc dropped out of high school to work fulltime in radio. Over the years, Marc would move around the Midwest from Columbia, Missouri to Davenport, Iowa to Columbus, Ohio. After spending most of his career in Columbus, Marc moved back to Columbia in 2001.

Along the way, Marc also became a Police Office. In 2006, Marc left radio to work full time in law enforcement where he became a Sergeant and a Public Information Officer. His involvement in several high-profile murders brought him to Good Morning America and Fox News. Marc also appears in several books and made for TV movies and crime shows. Marc retired from law enforcement in 2018, after 24 years of service.

A random encounter with the owner of Power 97.7 brought Marc back to the airwaves in February of 2021. Because of modern technology, Marc’s show originates from his home at the Lake of the Ozarks where he enjoys spending time his fiancé, Michelle, and their three grandchildren.

"Where do I begin?  Does it really matter?  More importantly, do you really care?  I'm in Sedalia, Missouri working for Power 97.7.  I live my life through the best-selling book "The Subtle Art of Not Giving a ****: A Counterintuitive Approach to Living a Good Life" by Mark Manson.  It's a good read and I highly recommend it.  I love what I get to do for a living because there aren't a lot of jobs like it.  I've also had the privilege to emcee for the Springfield Cardinals, Missouri State University, The Price is Right LIVE!, stock shelves at ALDI grocery store, and donating my time to countless local charitable organizations.  Give me a microphone and I get to be an idiot and love every minute of it.  I look forward to meeting you sometime, somewhere in the future."

Copyright 2022. Benne Media. All rights reserved.
Website design and hosting by MSW Interactive Designs LLC. We put the web to work for you!